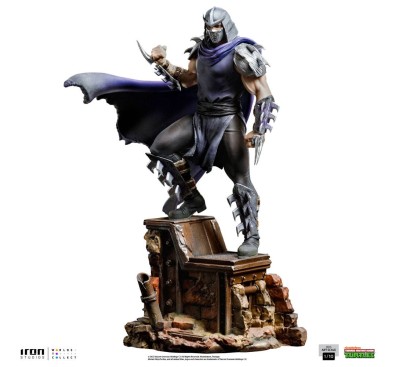 In the shadows of New York City searching for his enemies, the shine of his sharp blades on metal plates composing an armor that covers part of his legs, arms, and shoulders, challenges anyone on its path. With cold and merciless eyes under a silver samurai helmet that hides his face, and wearing a black and gray tunic with a rustic cape, the main archenemy of the most famous turtle brothers on pop culture gets his statue "Shredder BDS - TMNT - Art Scale 1/10" by Iron Studios, presenting the fearsome leader of the criminal ninja group Foot Clan, over a diorama pedestal formed by beams and rusted pipes of an old brick wall, referring to the worn-out scenery of NY sewers.The main antagonist of the Teenage Mutant Ninja Turtles group in every media of the franchise, Shredder is Oroku Saki, a member of the Foot Clan in Japan, he incriminated his former rival Hamato Yoshi with the attempt of murdering a visiting sensei. Forced into exile in New York, Yoshi lived in the sewers with four pet turtles. Sake took the leadership of the Foot Clan and became one of its deadliest warriors, starting to operate with his ninja clan in the U.S. as Shredder, and commanding multiple criminal activities. When he found Yoshi still alive and tried to kill him with a viscous substance called Mutagen or Ooze, he transformed Yoshi into an anthropomorphic rat, just like him, his turtles also mutated, getting humanoid bodies and intelligence. Yoshi, with the changed name of Splinter, acting as their father figure and sensei, trained his turtles in ninjutsu to fight his old enemy and his followers.Size: 28 x 21 x 16 cm 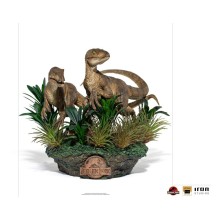 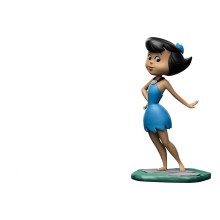 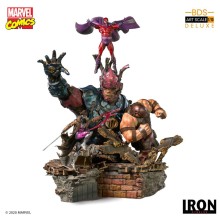 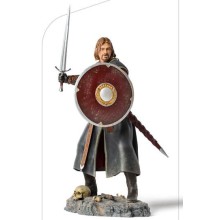