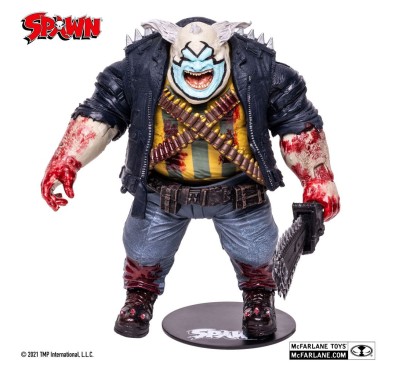 The Clown, a short, obese, ugly clown with rotting teeth and a blue mark in the shape of an M on his face, is the alter ego of The Violator. Dubbed his secret identity and human disguise, he uses this ruse to walk among the humans to avoid detection. Though Violator has shapeshifting powers to be able to turn into anything he would wish, Violator has such distaste for humans, he shifts into this putrid form to mock them because he sees them as disgusting, pathetic, and weak.Product Features:- Incredibly detailed 7" scale figure based off Todd McFarlane's Spawn Comic Series- Designed with Ultra Articulation with up to 22 moving parts for full range of posing and play- The Clown includes a chainsaw, backpack rocket launcher with two machine guns, alternate hands, and base- Featured in Spawn themed window boxed packaging- Collect all McFarlane Toys Spawn figures 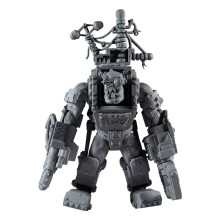 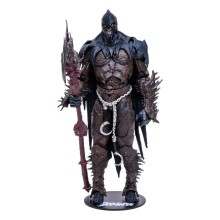 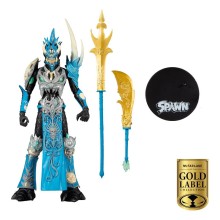 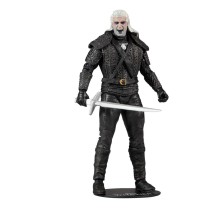