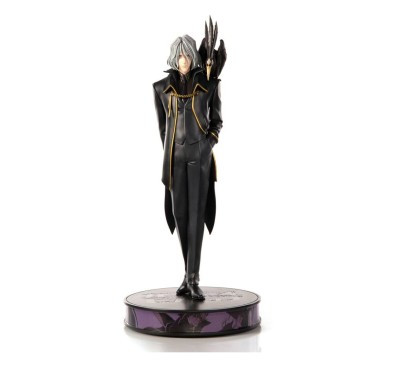 First 4 Figures is proud to introduce their latest resin collectible, Vicious. This is the fifth statue to release in the Cowboy Bebop lineup.The concept for this statue revolves around Vicious' indifferent yet ruthless personality, which you can immediately tell from the expression on his face to his seemingly passive posture. Being the cunning man that he is, he's secretly holding a knife behind his back so that he could strike at any given moment without his enemies expecting it. And perched on his left shoulder is his iconic pet bird that follows him everywhere.On top of the base is the Cowboy Bebop logo, and on the side is an official artwork scroll, which is present in all the statues from this lineup.Cowboy Bebop - Vicious (Standard Edition) comes with the following:- Cowboy Bebop - Vicious resin painted statue- Highly detailed base inspired by the Cowboy Bebop art style- Limited edition numbering- Authentication cardThis is the fifth statue in First 4 Figures' Cowboy Bebop lineup. If you already authenticated the previous statue in the line (Ed and Ein), then you are entitled to receive the same statue number for your Cowboy Bebop - Vicious. Otherwise, statue numbers will be assigned randomly.*Prototype shown. Final product may be slightly different. Product details may be subject to change without further notice.Product Size: 56 x 25 x 25 cm 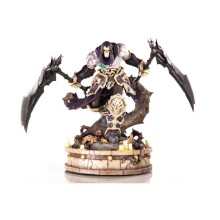 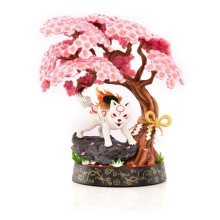 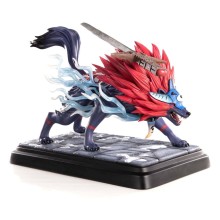