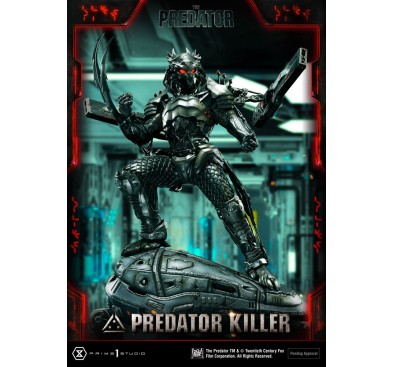 Prime 1 Studio is proud to present the 1:4 scale Premium Masterline Predator Killer from the Shane Black directed movie, The Predator (Film). The Predator Killer is an advanced technological suit brought to Earth by the Fugitive Predator to give humans the chance to fight back. In this 2018 installment of The Predator franchise, we find the Assassin Predator hunting the Fugitive Predator for this special piece of technology. The importance of this lies so heavy that the Fugitive Predator loses his life for it. Finally, the humans recover this in the form of a pod. An advanced piece of technology indeed! In this special pod lies the Predator Killer! This suit automatically binds to a human to create the ultimate killing machine. Standing atop the pod it was birthed in, the Predator Killer stands 29 inches tall and ready! Captured in the most epic of poses, Quinn's self-proclaimed suit features a sleek metallic finish with not one, but TWO shoulder cannons. The Predator helmet features an LED illumination feature complete with the trademark Predator dreadlocks. Standing proudly with his gauntlet extended, the Predator Killer is sure to be an enticing addition to your collection. We have taken the utmost attention to detail to bring you the most screen accurate Predator Killer on the market! Display with our first The Predator statue, PMTPR-01: Fugitive Predator to create the most presence-commanding Predator set up ever! A must have for Predator fans everywhere! [Product Specifications] ·Statue Size approx. 29 inches tall [H:73.3m W:42.3cm D:38.7m] ·One (1) "Predator Killer" Pod themed base ·One (1) LED illuminated portrait Please note: Due to the size of this item, additional shipping costs may apply. Apart from your location, the actual package size and weight is needed to determine those costs. Both are unknown at this point and may not be available until the product arrives in our warehouse. 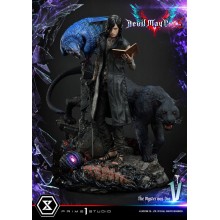 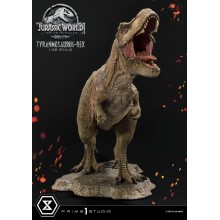 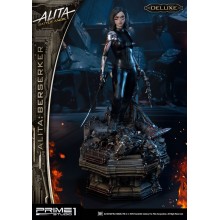 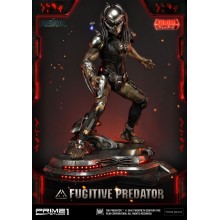