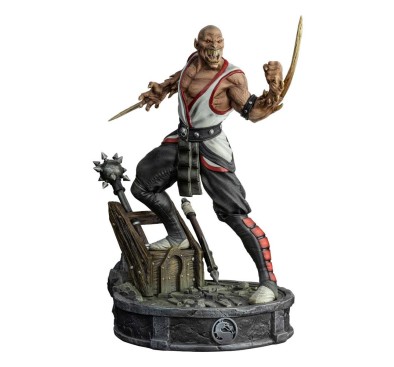 A native of the aggressive mutant race of the Tarkatans, from the dangerous and chaotic extradimensional realm Outworld, the barbarian demon warrior owner of a grotesque face with red eyes, pointy ears, and a huge mouth filled with dozens of fangs capable of sending chills to the most fearless foe, unsheathes his long bony blades from his forearms ready to deliver his lethal blows against any opponent. Wearing a white, red, and black kimono, Emperor Shao Kahn's monstrous minion stands over a deadly trap in the dungeons of his master, a striking set of his violent fights represented on his base, decorated with the franchise's logo. Thus, Iron Studios present another iconic character from the universe created by Dan Forden and John Vogel with the statue "Baraka BDS - Mortal Kombat - Art Scale 1/10", originally introduced in the Mortal Kombat II game.Leader of the Tarkatans, a separated nomadic race, whose kingdom was conquered and added a long time ago by Shao Kahn, Baraka is one of the deadliest fighters in the MK universe. He first appeared leading an attack against the Wu Shi martial arts Academy in Earthrealm, after the conclusion of the first Mortal Kombat tournament, something that motivated the warrior Liu Kang to seek revenge on Outworld as predicted by Shao Kahn. Known for his unpredictable actions and furious attacks, his fighting skills drew Shao Kahn's attention that recruited him for his army. Sent to end the renegade rebel races on the lower regions of Outworld, after a victorious mission, he returned to fight for his emperor in the Mortal Kombat tournament.Size: 23 x 15 x 25 cm 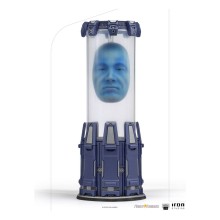 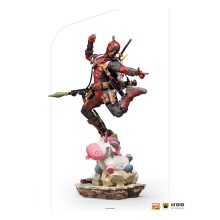 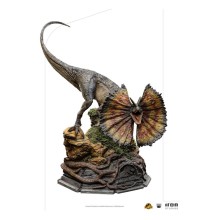 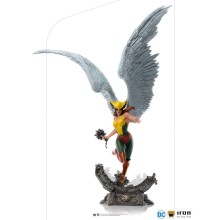