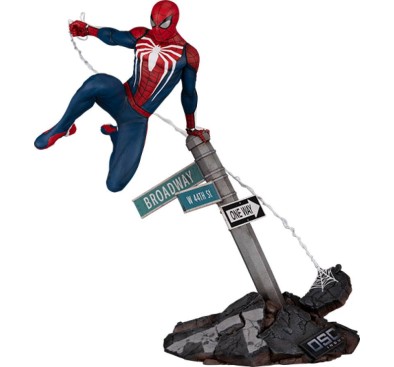 "Mind if I join in on the fun?"Sideshow and Premium Collectibles Studio present the Spider-Man: Advanced Suit 1:6 Scale Diorama, swinging into your universe of Marvel collectibles.Inspired by the hit video game Marvel's Spider-Man, the Spider-Man: Advanced Suit 1:6 Scale Diorama measures 14" tall and 13" wide as the friendly neighborhood hero leaps into battle on a street sign base. Partly buried in rubble, the city fixture features the intersection of Broadway and W 44 St on its green signage while a partially destroyed Oscorp Industries logo can be seen in the debris below. Peter Parker slings a web line to snag a chunk of concrete, making the perfect projectile weapon in a pinch.The Spider-Man: Advanced Suit Diorama is fully sculpted based on the beloved spider-hero's in-game model. His now-iconic Advanced Suit costume has raised white elements including his front and back spider-symbols and the accents on his hands and feet. Detailed webbing and texturing on the red and blue portions of his costume give the design even more depth. Peter's dynamic aerial pose perfectly captures his strength, speed, and resourcefulness as a vigilant protector swinging above the streets of New York City. This Spider-Man collectible is a must-have for video game completionists and Marvel Gamerverse collectors alike!If you're looking to web up an exciting new addition to your Marvel collection, bring home the Spider-Man: Advanced Suit 1:6 Scale Diorama by PCS today.Product Size: 36 x 33 x 25 cm 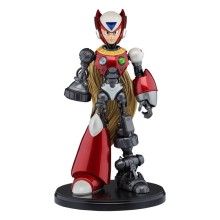 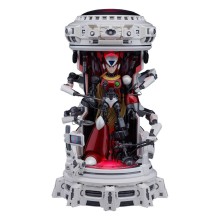 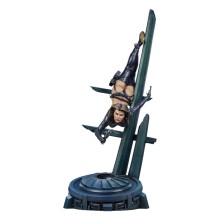 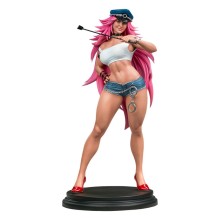