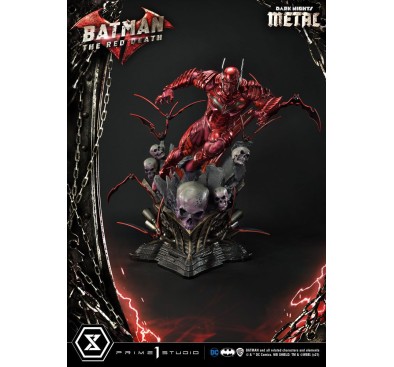 "My name is Bruce Wayne. I am vengeance. I am justice. I am Batman, the Red Death."Prime 1 Studio is proud to present the latest addition to the Museum Masterline DC Metal Series! The 1/3 Scale The Red Death from the Dark Nights Metal!When the Batman of Earth -52 lost all his Robins to the crimes he felt too slow to prevent, he decided that the solution was to steal the Speed Force from his world's Flash and take it unto himself. After murdering all of The Flash's Rogue's Gallery, Batman subdued The Flash himself and drove them both into the Speed Force. What came out was an unholy fusion of Barry Allen's tortured psyche and Bruce Wayne's demented version of Justice. He would become judge, jury and executioner in the blink of an eye: The Red Death! The Red Death races in at a blazing 30 inches tall. Prime 1 Studio has lavished this statue with the most eye-catching metallic red paint, intricately sculpted Speed Force armor and translucent resin Speed Force energy waves. The Red Death's Speed Force construct bats seem to soar in thin air as they flank the vermillion villain.Prime 1 Studio presents The Red Death on his own supercharged base, complete with skulls, exhaust pipes and fiery afterburners: all the trappings of an octane-fueled nightmare! This statue is must-have for Dark Night and The Flash fans everywhere!Product Size: approx. 75 x 74 x 54 cmPlease note: Due to the size of this item, additional shipping costs may apply. Apart from your location, the actual package size and weight is needed to determine those costs. Both are unknown at this point and may not be available until the product arrives in our warehouse. 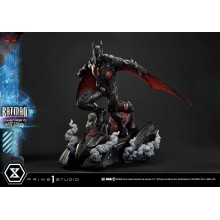 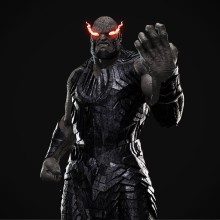 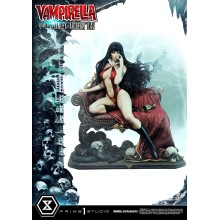 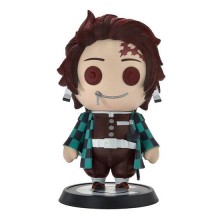