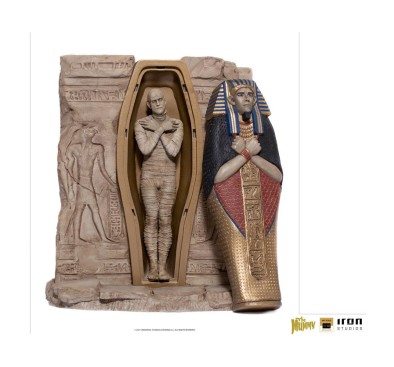 From Iron Studios "Art Scale"-line comes this 1/10th scale statue! The ancient priest, wrapped in millenary bandages, still rests in his sarcophagus after being buried alive 3,700 years ago. With the lid of its anthropomorphic coffin still retaining the colors of the carved Egyptian figure, as preserved as the embalmed body it protects, the figure inside awaits the moment of its awakening.Supported by a diorama base with the features faithfully portrayed from the inside of a pyramid, as much as in the hieroglyphs and images carved into its petrified wall, as in the image of the statue of the god of the dead Anubis.With the realistic "The Mummy Deluxe Art Scale 1/10 - Universal Monsters - Iron Studios" statue, Iron Studios proudly presents its first figure derived from the cult and classic franchise of the iconic Universal Monsters. The statue is inspired by the horror movies that presented the first shared universe of characters immortalized in different film productions released between the 1930s and 1950s, and which were responsible for defining the image and visual identity of supernatural beings, present to this day in world pop culture.In the first film, "The Mummy" released in 1932, a team of archaeologists travels on an expedition to Cairo in the early 1920s and finds the tomb of Imhotep, an ancient Egyptian priest who was executed and cursed. When one of the expedition members finds and reads some manuscripts that invoke the power to raise the dead, the monstrous mummified being comes back to life. Years later, after restoring his human form, Imhotep, as Adarth Bey, an anagram of the phrase "Death by Ra", tries to find his former beloved princess Anck-Su-Namun, whom he believes is reincarnated as the beautiful young Helen Grosvenor.Played by acclaimed British actor Boris Karloff, he is considered one of the greatest exponents of horror movies. The mysterious and sinister atmosphere of The Mummy has made this cursed undead creature one of Universal Pictures' most popular classic horror monsters to this day.You can also see the regular variant statue "The Mummy Art Scale 1/10 - Universal Monsters - Iron Studios", with the monster figure in its sarcophagus, in a simple base without the diorama setting, by Iron Studios.Features:- Limited edition- Based on original movie references- Made in polystone - *(may contain parts in resin, polystone, PVC, metal and fabric) - Hand paintedSize: 25 x 23 x 16 cm 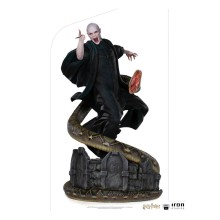 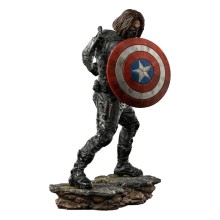 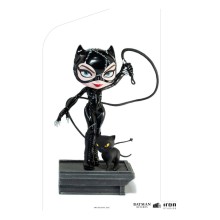 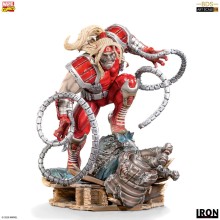