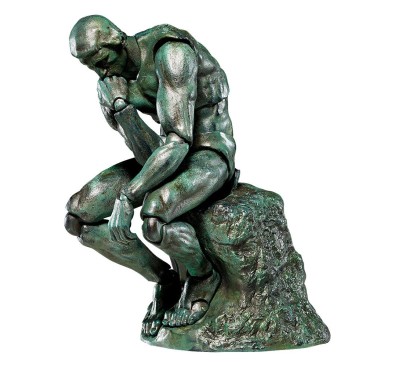 figma The Thinker, still deep in thought as he is rereleased once again!The Table Museum' is a series of figma figures based on famous works of art that almost anyone will recognize! The first in the series is the classic sculpture by Auguste Rodin - The Thinker!The Thinker was originally a centerpiece of a sculptural group work called 'The Gates of Hell', but now the silent, pondering sculpture can be found in textbooks around the world. The figma version is of course articulated, so while you can pose the classic 'Thinker' pose, you can also place him in a variety of different poses to bring out a completely different charm to the work of art!· Using the smooth yet posable joints of figma, you can act out the classic Thinker pose, or various other action poses.· A flexible plastic is used for important areas, allowing proportions to be kept without compromising posability.· A special stand, chest and head part are included to recreate the classic pose, but various other head and hand parts are also included.· An articulated figma stand is included, which allows various poses to be taken. 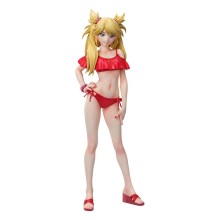 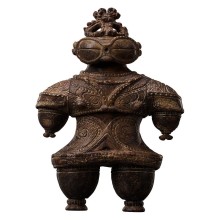 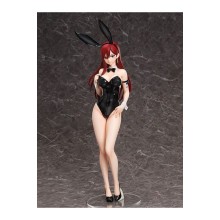 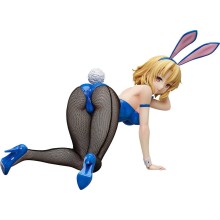