Iron Studios bring a new collection of statues with Jurassic Park-Icons!Based on the eponymous novel by Michael Crichton, the awarded filmmaker Steven Spielberg, and Universal Studios astonished the audiences worldwide in 1993 with the premiere of Jurassic Park in the movie theaters. Huge fans of the franchise, maintaining a successful partnership that started in 2017, Iron Studios present their new collection "Jurassic Park-Icons", with miniature statues over stylized pedestals with their logo, that meticulously bring the same realistic details on its anatomy and painting as seen in their larger-scale statues. Besides creating an opportunity for fans and collectors to expand their collection with new replicas of their most beloved Dinosaurs, this new line will bring new collectors, introducing an accessible cost-benefit format, both in price and size, impressing with its richness in detail and standard of excellence and quality that are trademarks of Iron Studios.Inarguably, the world's most famous dinosaur, originally from North America, there isn't a dinosaur more iconic than Tyrannosaurus, or simply T-Rex. The "tyrant lizard" became the symbol of Jurassic Park's franchise, present in all the logos, and having a memorable appearance in every movie. T-Rex is the largest carnivore that lived in Isla Nublar, and, as such, it grew up to become a fearless, bold, and overbearing beast, that walks the line between being a hero and a villain. It's widely motivated by two goals: to keep intruders out of its territory, and to eat any eavesdropper that it finds. Known for participating in many incidents, and for saving the main human participants surrounded by other dangerous creatures, although inadvertently, playing the role as a kind of antihero in the movies. Iron Studios proudly present their new statue "T-Rex - Jurassic World - Icons".Size: 13 x 20 x 17 cm 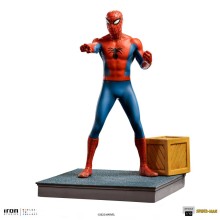 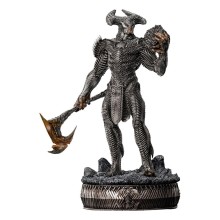 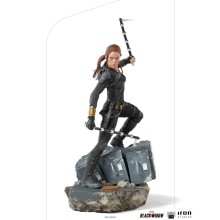 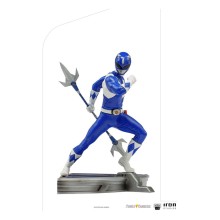