Court of the Dead Book War of Flesh and Bone 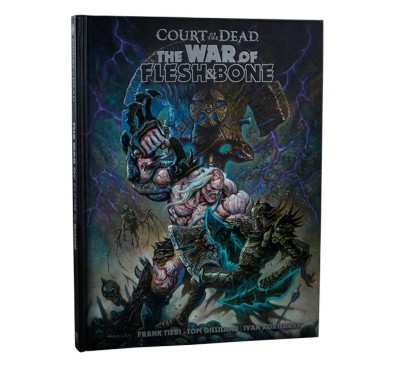 In the midst of the Underworld's war against Heaven and Hell, the factions of Flesh and Bone collide for the ultimate showdown!Three factions lead the Underworld in their secret rebellion against Heaven and Hell. Only through their unity will they defeat the Celestials, yet two of the faction leaders are constantly at odds. Gethsemoni, leader of the Faction of Flesh, and Xiall, leader of the Faction of Bone, pit their pride against each other in the training arena: Gethsemoni's gargantuan golem Odium must fight Xiall's stalwart soldier Mortighull.Odium is a raging juggernaut of sheer muscle and might. Mortighull is a swift and cunning skeletal warrior. The fight between the two spans the length and breadth of the Underworld, in a battle that extends beyond a mere training exercise. Odium and Mortighull are treated as pawns in the War of Flesh and Bone, but where their leadership has lost sight, they struggle to find new purpose in the face of an even larger threat.Court of the Dead: War of Flesh and Bone is a 128-page hardcover volume, making a mighty addition to any fan's library. With full-bleed pages of colorful artwork and vibrant storytelling, immerse yourself in the tumultuous Underworld as the Alltaker's scions must overcome their own feuds if they are ever to face the true dangers facing the Court of the Dead.Format: 29 x 22 x 1,5 cm 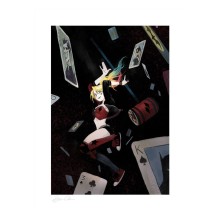 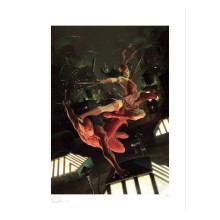 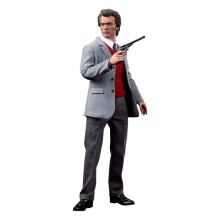