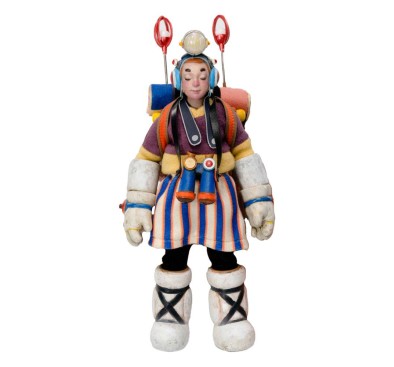 Bumi is a 'Child'Bumi is a 'Monk'Bumi is a 'dream that keeps going'Bumi is the 'earth'After 18 months of development between Arx Lee and CoalDog, the very first Bumi 1:12th scaled action figure debuted!Bumi is the key character in the creation of Arx Lee in recent years, he/she is inspired by the Tang monk and the word 'earth' in Sanskrit, carrying with him/her the beautiful character moving forward in the dreams of every weary soul.About Arx LeeBilibi the naive hero, Buda who pursues her dream, Bumi the dream walker, are all important characters Arx Lee has rendered.Arx won the special prize of the 5th International Exhibition of the Japan Art Academy at age of 16. Arx graduated from Guangzhou Fine Art School in oil painting, he prefers the expression with elements of comics, narratives, religion, and cultural references. Then he became a professional artist whose artworks were exhibited in Paris, Brussels, Singapore, and many other places. He was invited by the legendary French artist Philippe Druillet to hold a solo exhibition in Paris, in 2017. Arx is also the author of the cover of "The Three Bodies Art Illustration Collection"."Arx is an artist I respect very much, and it's been a great pleasure working with him. The figure of Bumi was actually planned for a very long time, so we were very careful in creating it.In order to ensure the consistency of the concept design with Arx's original paintings, we eliminated as much subjective imagination as possible, we created many concepts together with Arx and used many existing elements from the paintings to recombine the design. Unlike the previous unrestricted imagination, this time we were able to learn from each other's perspectives.We extracted the elements of paintings such as "??????/The beginning of a new story", "????/Sunrise", "??/Hundred Rivers" and "???/Penguin Pavilion" from the accessories. For the figure modeling, we worked with a professional sculptor and have made several modifications to represent Bumi's simplicity and unisex, and also Bumi's closed eyes on the road forward.The coloring was discussed with Arx in various combinations, and finally, the current color scheme was chosen. Because there are many elements were selected from different colored paintings, it is a big challenge to unify them into one.On the other hand, for most of the paintings, we chose to paint by hand. Unlike spraying painting, it made the figure closer to the color variations and layers in Arx's original paintings. We also applied a light weathered finish to the overall paint job, to restore the real feeling of the Dreamwalker's dusty long journey, and we would use the same process in the final production.The headlamp is an important prop for Bumi's dream trip, we made a circuit structure in less than 3CM of space, and give it a double-layer lampshade filter to make the light less harsh, and when the light of the lampshade would also be revealed. The battery is installed in Bumi's backpack, which is also reasonable.Bumi's outfit has also been adjusted and modified several times, and after communication with Arx, we used more skin-friendly fabrics to create a shepherd's furry and warm texture for Bumi. We added modeling wire to Bumi's skirt, in order for collectors to pose a more dynamic posture."- Park Zhi from CoaldogDon't miss your chance to add this beautiful figure to your collection today! 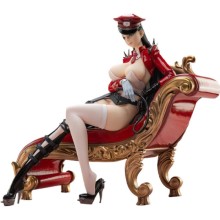 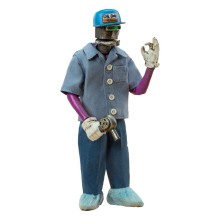 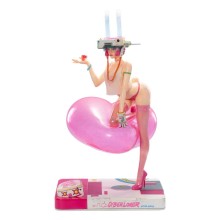 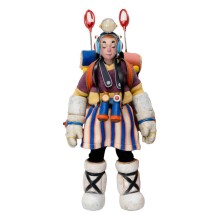