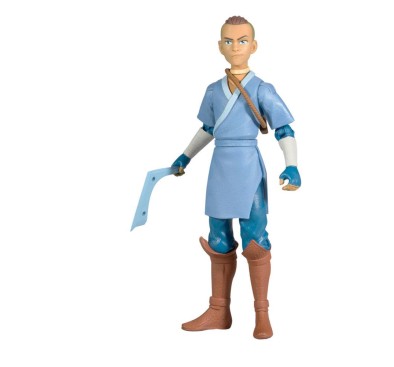 Sokka is a bullheaded, sarcastic teenager who believes that his way is the only way. He shows the strength and determination of a warrior, but lacks the experience and wisdom to use them effectively. Sokka's goal in life is to reunite with his father, so that together they may exact revenge against the Fire Nation for destroying their tribe. His most prized possession is a boomerang, a traditional weapon of his Water Tribe, which his father bequeathed to him before leaving the tribe. Sokka is not in touch with his spiritual side and doesn't trust anything he can't physically see or touch. Therefore, he's practical; preferring tools and weapons to Bending, which he has not learned. Sokka's personality is abrasive at times, but his loyalty and courage are steadfast. He holds grudges and has difficulty forgiving anyone who has done harm to him or his sister.Key Features:- 5" scale figure based off the Avatar: The Last Airbender animation- Sokka is featured in his traditional Water Tribe Attire- Designed with 10 points of articulation for play and pose- Includes Boomerang and Sheath- Figure is showcased in Avatar: The Last Airbender card-backed blister packaging- Collect all additional McFarlane Toys Avatar: The Last Airbender 5" figures 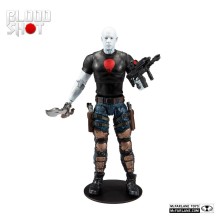 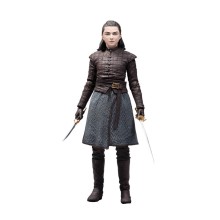 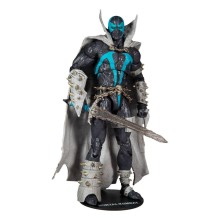 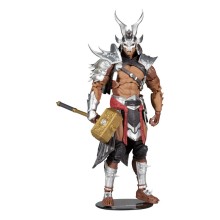