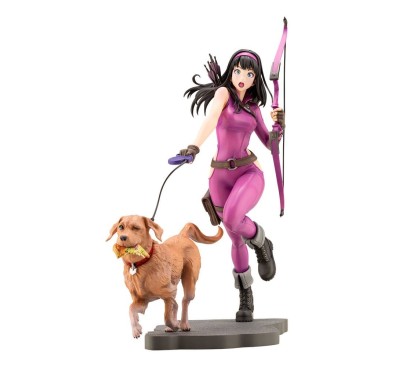 Am I the next Hawkeye!? The young bow-master, Kate Bishop, makes her debut.Continuing from the previous release, the latest addition to the MARVEL BISHOUJO series features a character from the new generation of heroines. The increasingly popular Kate Bishop AKA Hawkeye, who appears in everything from the comics to the games, is the newest member of the lineup.Her costume that appeared in the history-making must-read comic series Hawkeye: My Life as a Weapon, was given life by David Aja and Matt Hollingsworth. Its design is based on 1960s culture and has become Kate's main costume and the most recognizable among fans since its debut in 2012.Based on this costume, the artwork by Shunya Yamashita is perhaps the most anime-like approach in the whole BISHOUJO series. The playful expression of Lucky the Pizza Dog charging towards us, running free, and the flustered expression and pose of Kate as she is dragged along behind him, are captured in this lively comical moment. The sculpt by Takaboku Busujima (BUSUJIMAX) combined with Kotobukiya's unique flavor results in a re-interpretation of this MARVEL character never seen before.Add Kate, a leader driving the new generation of Super Heroes, to your collection now. 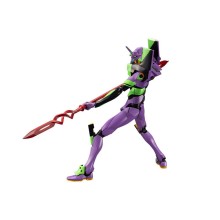 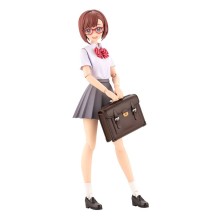 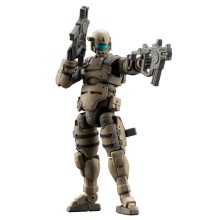 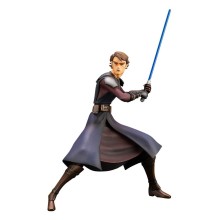